THE ROLE OF PUBLIC RELATIONS IN ERADICATING CULTISM IN TERTIARY INSTITUTIONS

CHAPTER ONE
1.0    Introduction
1.1    Background to the Study
Cultism is dated back to 1952, when Wole Soyinka winner of the 1986 Nobel Peace Prize for Literature-and a group of friends at the University of Ibadan formed the Pirates Confraternity with the motto “Against all Conventions”. The skull and cross bones were their insignia, cultivating a bohemian style that ridiculed the colonial attitudes mode of dress of the day.


This caught on among students and over the next two decades, the fraternity, a non-violent body, became established in all the tertiary institutions that emerged in post-independence Nigeria.
The emergence of campus cults as they are known in Nigeria today began with a split in the Pirates Confraternity during the early 1970s when a breakaway group formed the Buccaneers Confraternity followed by the emergence of the Black Axe or the Neo-Black Movement. Inter-group rivalry then set in, even though skirmishes between them were limited to fist fights.
The 1980s saw the multiplication of cults in the more than 300 tertiary institutions across Nigeria as new groups such as the Eiye, Vikings, Amazons and Jezebel emerged, bringing with them more intensely violent rivalry. By 1984, when Soyinka initiated the abolition of the Pirates Confraternity in all tertiary institutions, the phenomenon of violent had developed a life of its own.
By the mid-1980s, reports had it that some of the cults have been co-opted by elements in the intelligence and security services serving the military government such that they were used as foils to the left-wing student unions which, along with university teachers, were among the only remaining bastions of opposition to military rule. Cultism includes the activities of secret cults or societies that are very rampant in our institutions of learning today. The founding fathers of such societies do not have the mind of carrying out evils but as a pressure group that can monitor and defend the interest of the immorality of students’ populace without violence. But the activities of the various cults seen day in our institutions are far from the above reasons. They have constituted themselves into gangs of “never-do-well” set of people. Their mission today is to loot, kill, steal and destroy lives and properties at will. The violence associated with them is reported to be as a result of battles for supremacy among them. They have constituted themselves into a big cog in the wheel of Nigeria’s education development. Indeed, the growth and maturation of examination malpractice tendencies in our tertiary institutions have been considered as one of the direct fallouts of cultism.  Hardly a month passes these days, without reports of deaths of students or staff resulting from cult-related violence.
This has not only created an atmosphere of insecurity in our campuses, it is also diverting attention from the primary purpose of the universities which is education. At a time when funding of these institutions are inadequate, and the standard of education is said to be falling, cultism and examination malpractices tendencies are clearly a big problem for the concerned authorities.
Taiwo (2004) declared that “what we are all witnessing today in the education sector is a sad reflection of corruption in the society and the low priority placed on standardization and improvement of the intellectual custodians of our time by those in governance”. This is against the fact that most members of these cults are from rich homes and are never serious with their studies; thus prompting their venturing into examination malpractices. Whenever they fail their courses, they react violently through their cult members against the teachers in charge of their failed courses.
They operate at night and conduct initiation of new members at dawn in these institutions coming out with dangerous weapons at the middle of the nights when students who are ignorant of their activities fall victim.
The fire of cult terrorism on the campuses which raged on for about one year, after the half-heated spray of cult antidote by the Federal Government in 1999, has steadily intensified and burst into flames once more. In the first two weeks of August 2004, 33 students of three universities were brutally murdered in cultic butcheries, suspected to have been perpetuated by cult members among students of tertiary institutions.
For any Complete Project Material 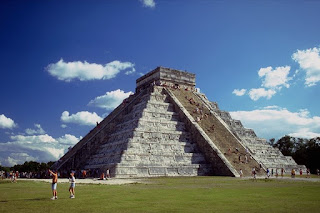