THE IMPORTANCE OF INDIGENOUS LANGUAGE ON BROADCAST MEDIA IN NIGERIA


An indigenous language or autochthonous language is a language that is native to a region and spoken by indigenous people but has been reduced to the status of a minority language.
This language would be from a linguistically distinct community that has been settled in the area for many generations. Indigenous languages are not necessarily national languages, and the reverse is also true.

Many indigenous languages have become endangered because of language deaths or linguicide caused by colonization, in which the original language is replaced by that of the colonists.
The only channel by which human beings abstract reality is language. Language affects the way we think or perceive our reality. If we allow our language to slip away from us because of the various trans-national structural revolutions going on in the world today in the name of globalization, we will begin to think anew. Such newness affects our reality and this leads to endangerment.
One of such endangerments, that are very important complement to our environment, is language endangerment. The Global Language Register (GLR) observes that “less than a third of the world’s languages are dying...” (Crystal 2000: 7). Moreover, the present reality in the world today is the rapid endangerment and death of many languages.
At the extreme end of language endangerment are Language Attrition and Language Death. It is said that only 600 of the 6,000 of so many languages in the world are safe from the threat of extinction.
The Nigeria situation is quite alarming because both population and language endangerment complement each other. We want to opine that in the next twenty-five years, most of the languages in Nigeria would be gone.
The neglect of the rich Yoruba culture due to the influences of western culture, civilization and language have had negative effects on Yoruba cultural and language.
The stupendous mess of our cultural values by the educated youth knows no bound. Children born and bred up by Yoruba parents prefer speaking English language to Yoruba language. In fact, very few students studies Yoruba language in our tertiary institutions. The once cherished language is now neglected to the alters of apathy and hatred.
This behaviours is now part of the challenges facing some of our media houses who are suppose to be the custodian of cultural values and heritage and because of lack of deep understanding of the language especially the usage, it has made many of the news reporter, news translators and editors including the news casters to bastardized some words, idioms, proverbs and expression while some expression are given difference meaning different from what they should.
For any Complete Project Material 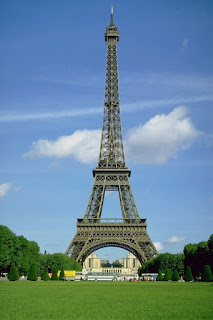