INTRODUCTION
1.0       background to the Study
It is commonplace for different societies to conceive the notion of press freedom in ways that bodes well with their socio-economic, political and cultural realities. This diversity of perceptions has triggered a multitude of definitions of press freedom; thereby making it difficult and impracticable for a realistic perception of press freedom to be instituted in many countries undergoing political transition. Even in some Western societies, there are disparities in the conceptual approach to press freedom, most commonly on the issue of the role of the government.


Many communication scholars examine the concept of press freedom more on the relationship between the government and mass media. On this basis, the definition of press freedom often tilts towards the libertarian ideology involving the absence of government intervention and control. This article establishes itself within the scholarly debate of the controversies of instituting a common and practicable approach to press freedom that meets the socioeconomic, cultural and political realities of each society. It also argues that some forms of government intervention are required to contain the excesses of a market-oriented liberal press system in societies undergoing political transition. It harps on the fact that freedom cannot be absolute in becoming an end in itself, but rather a means in achieving other goals of a society such as economic, political and cultural development. Consequently, government interventions depend on the diversities and peculiarities of a society.
In many Third World transition countries of Africa, the governments do not offer an enabling condition to accommodate the libertarian model of a free press. This is exemplified by the conceptualization of the Ubuntu model used alongside the development theory to define the meaning and approach to press freedom. These models, like the libertarian approach are not without complexities, thus this article offers new insights on its challenges and weaknesses in allowing for press freedom. It argues the fact that there is no befitting model of press freedom not saddled by various conditions.
In this article, I present the libertarian model of press freedom enshrined in the four theories of the press by Schramm et al., (1956) and trace the collapse of the socialist ideology and acceptance of the liberal market oriented model in many of the former communist societies such of Central and Eastern Europe. I also discuss the media system in Third World societies of Africa by examining the development and Ubuntu models that impact on the levels of press freedom. It is my purpose to highlight the impracticability of these conceptual approaches in allowing for an independent and objective press. 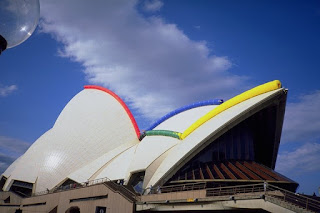