ROLE OF PUBLIC RELATIONS IN GENDER CONFLICT RESOLUTION IN AN ORGANIZATION

CHAPTER ONE
INTRODUCTION
1.1        Background to the Study
Gender is a general term that refers to girls, boys, women and men. Gender can also be defined to include the roles of males and females in the society. A gender perspective in conflict would look at the way in which the considerations of these different groups of people will be dealt with during the transitional justices’ process. Female’s experience of conflict and transitions however differ from males due to gendered patterns that define different roles and experiences during both conflict and post- conflict. Whenever there is interaction between two individuals, there are chances of difference of opinion. Gender and conflict then, refers to the ways women and men are affected in times of conflict.


Conflicting situation is a situation in which two or more values, perspectives and opinions are contradictory in nature, have not yet aligned or agreed upon yet. Conflict may be defined in many ways and can be considered as an expression hostility, negative attitudes, antagonism, aggression, rivalry, and misunderstanding. It is also associated with situation that involves contradictory or irreconcilable interests between two opposing groups. A simple definition of conflict is that it is any tension which is experienced when one person perceived that one’s needs or desires are or are likely to be thwarted or frustrated. Gupta and Joshi, (2008).
A conflict is more than just a disagreement. It is a situation in which people perceive a threat (Physical, emotional, power, status e.t.c) to their well–being and is caused by the differences and clash of personalities – attitudes, beliefs and values and needs, Conflicts are inherent in any interpersonal relationship, its management is integral to the performance of any organization. Conflict management involves acquisition of skills relating to conflict resolution, self–awareness about conflict modes, conflict communication skills, and establishing a structure for management of conflict in your environment. Banking industry is the backbone of any economy. Progress of any country is directly or indirectly influenced by soundness of banking system of the country. In globalized world, trade and commerce would almost be impossible with the availability of suitable banking services.
The handling of conflict resolution in an organization or in the political realm of a state is major function of Public Relations. It is an essential skill of Public Relations manager to prevent gender conflict resolution rather than finding solutions when crisis erupt. The use of fire brigade approach in finding solution to problems that arises in banking sectors is described as “Remedial Public Relations” by Haywood (1984) where as “preventive Publics Relations” is what many scholars advocate in public relations practice. This is “the prevention of crisis in an organization through effective communication network between the organization and its publics in order to engender understanding, acceptance, goodwill, respect, efficiency, good welfare and mutual support and co-operation”.
In order to handle conflict resolution in our organizations, and be in a position to apply Public Relations as a strategic management option for survival and growth, Nwosu (2004) says that Public Relations practitioners should see themselves as managers as well as carryout their functions as skilled and knowledgeable managers in a manner similar to what exit or is the dominant paradigm commercial organizations.
This is therefore, the key to the reduction eradication of the unceasing crises in organizations arising from areas management – employee relations management – trade –union relations, cultism organizational politics,, ethnic and sectional chauvinism and personality clashes. In the same vein, researcher reported that male managers preferred power and authority while female managers used communication before resorting to using power (coercion).
Also, female supervisors were found to use coercion less than male than male supervisor and often after other resolution styles do not yield desired results. Mulac, Siebold, and Farris, (2000) and Lamude and Torres, (2000).
The research reported that subordinates see coercive – based technique as negative while the rewarding, referent and expert–based techniques were seen as positive by the subordinates. Reflecting on conflict management effectiveness. Faniran, (2002) and Adekunle, (2004) reported that experienced managers were found to be more effective in managing conflict situations than less experienced managers. The authors further reported that working experience rather than gender of the manager has been found to have significantly influenced conflict management effectiveness.
Also, the bankers argue that experience male and female managers were found to be equally effective in managing conflict though their attitude may be quite different. First bank solve gender issue by giving all their customers male and female change to exercise their fundamental human right according to bank ethnic. In the current dispensation of Nigeria political realm, gender is a big threat in the society, where the First Lady of Nigeria is fighting tooth and nail for federal government to recognize female in the working sectors. Ladies should be gives 50% chance of opportunity. This chapter therefore, focuses on the importance and the acquisition of necessary skills and knowledge in conflict resolution management among organizational heads, and other general crises management skills, including how to handle the media and bad press “during crises. 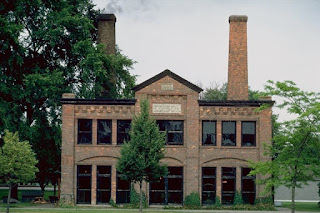