1.0    Introduction
1.1    Background to Study
Communication is a basic human need and for that reason, man has always found a means of meeting this need either through interpersonal or mass communication.
Unlike in the past, the people of the world are today living in a global village because of various breakthroughs in information technology. According to a Canadian Professor of English Marshall McLuhan, “The world is now in a global village where the whole world is now compressed into a single electronic chat room”.


Information that usually takes many days or weeks to disseminate now takes seconds or minutes. It is now possible for people to make interpersonal communication with others to get desired information as quickly as possible from other areas of the country or from other countries with the use of social media without leaving their immediate environment.
The growth of technology toward the end of the 20th century propelled by the emergency of the internet, satellite e.t.c led to what is called social media. While social media on the other hand is a term in this present world which means the encompasses of the emergency of digital, computerized or networked interactive information channel. It should be noted that because.
Also, social media is a form of electronic communication which facilitates interaction based on certain interests and characteristics. Social media are media for social interaction, using highly accessible and scalable publishing techniques. Social media use web-based technologies to transform and broadcast media monologues into social dialogues. And one of such are facebook and whatsapp social networking.
Therefore,    Facebook started as a local social network made for the students of Harvard. It was developed by a sophomore, Mark Zuckerberg. Facebook was actually made by hacking Harvard’s data base containing identification images of students. The initial idea was actually to compare the faces of students with images of animals, for entertainment purposes. However, due to the potentially damaging contents of the site, the creators decided to put it down before it caught the attention of school authorities.
The application was shut down, but the idea of creating an online community of students came to existence. The platform was then improved and sooner than they expected, Facebook was released in campuses other than Harvard. Thereafter, high schools were already starting to get attracted to the idea of having online communities, thus opening the website to the younger population. In 2006, facebook.com ultimately offered the opportunity to the rest of the world.
As 2007 approached, the registrants reached an overwhelming digit- roughly a million dozen .Facebook has grown to become the biggest and most popular social networking site today with a population of above 500 million active users. (facebook statistics, 2012).
Also,  whatsapp, formally whatsapp Travel, is a ferry company which is based in Manila, Philippines and part of whatsapp Group, a private company owned by the Chinese government through the China-Asean Investment Cooperation Fund. It is the largest ferry company in the Philippines with its main hub located in Eva Macapagal Super Terminal in Pier 15 in the Manila South Harbor.
Until 2012, whatsapp was known as Negros Navigation. It changed its name following a significant realignment of ferry transportation in the Philippines which saw long-standing companies SuperFerry, Cebu Ferries and SuperCat first merged into SuperFerry, under the Aboitiz Transport System, and then purchased by Negros Navigation, in December 2010, for US$105 million.
At the same time, a unit of China-Asean Investment Cooperation Fund, a Netherlands-based, private equity firm wholly owned by the Chinese government, took a controlling stake in Negros Navigation through an equity infusion. Because Negros Navigation was a privately held firm the exact amount invested by the Fund was not disclosed. Whatsapp as one of the most modern shipping fleets in the Philippines and operates the largest fleet of inter-island vessels in the country. 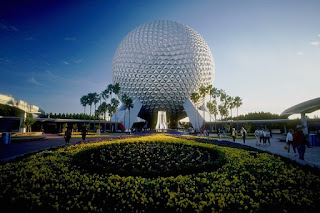