CHAPTER ONE
1.0       Introduction
1.1       Background to the Study
Investigative journalism is the aspect of journalism that deals with special investigation into special issues, events that is of high significance, such crime, corruption, political issue, terrorism, and others especially about people in political positions or people of high profile. This aspect of journalism is considered to be tedious, tactful and dangerous adventure because many investigative journalists tend to be exposed to kidnapping, killing, raping, threaten and the popular case is that of Dele Giwa who was killed on the 19th of October, 1986 in his house (No 25, Talabi Crescent, off Talabi street, Adeniyi Jones Avenue) by a letter bomb which was said to be delivered by Buba Marwa, a former military administrator of Lagos State.


His death came as a result of investigating a drug case involving Nigeria and the US. Dele Giwa was a famous and renowned journalist in Nigeria. He was the founder and Editor-in-chief of the Newswatch magazine which was established alongside journalists like Ray Ekpu, Dan Agbese and Yakubu Mohammed in 1984.
Dele Giwa was known to be a journalist who sticks unto the truth and also take his time in exposing the corrupt and illegal deeds of the government, and this earned him the people’s recognition, ultimate support and trust. The government saw Dele Giwa as an impediment and a threat to its obnoxious activities and saw his elimination as the only way to avoid being exposed. www.wikipedia.com.
In its 1956 history, the Nigeria news media has evolved from endorsing colonial missionary catechism through the spirited advocacy of the struggle for Independence and moved its post indigene mission and defining its role with the state, it is imperative to note that press had played and is still playing a key role in Nigeria. The mass media is therefore the bedrock on which the government fabric is built. Mass Media is the channel through which the military and civilian government expresses their policy. Alex (2000).
Since 1960, the press has been asserting its relevance to the evolution of the Nigeria state although 29 of those forty seven (47) years, it has operated under the malevolence of increasingly repressive military regimes.
It is vital tradition of lively reportage. Remarkable on the African content was natured within a political culture that tolerated dissent, especially as a mechanism for balancing various ethnic and political forces battling for the centre of the Nigeria state. Up till date, conflict between the media and the state were resolved through back door negotiation or judicial intervention although many journalists have been lined and others jailed for carrying out their civic and constitutional responsibility, some decreases were promulgated by the military government Nigeria Union of Journalists (NUJ) whose members include government and independent press. Ogungbamigbe (2004).
Again, the military regime, Babangida particularly targets the Nigeria media in their classic role as public watchdog and instrument of check and balance against government excesses. In a sophisticated carrot and stick strategy, the government, corrupted many members of the press, terrified some and sent some in exile, it was under this kind of military regime that top editor, Dele Giwa was assassinated with a letter bomb in 1986 and various publication were prescribed by the executive decree. Dare (2000).
For any Complete Project Material
Contact Us at:
Call or Whatsapp
+2347034746560
E-mail:
Positivelove20@gmail.com
Positivelove20@yahoo.com 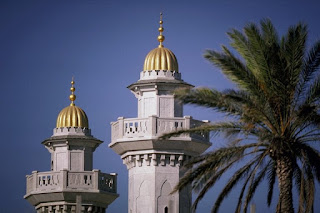