1.0    Introduction
1.2    Background to the Study
Repositioning of women has become issue of study and it has received the attention of UNESCO (1975-1985), “Toward Equality under the UN Decade for women in Africa, Asia, Latin and South American”, have brought women issues such as unequal job opportunities, cultural barriers, low economic  and political empowerment and human right abuses.
Some Nigerians have established Non-Governmental Organization (NGOs) such as women in Nigeria (WIN), Gender Resource Network (GRN), and Gender and Development Action (GADA). Since it has been noticed that women are object of discrimination, all these was established to advance the needs of Nigerian women by calling for the abolition of obnoxious cultural practices that have placed women at the background making their participation in both social, political and economic activities ineffective.
The position of women in the society and our different cultures makes the men and the society at large discriminate against women journalists. According to Hananiya (2004), she says that “the general view about the women was always conceived within the context of the home.
It was that of child bearing and carrying out home functions only”. Because of this view about women, the concept of a women practicing journalism or making a choice to practice journalism was considered rebellious and unfeminine.
The obsolete ideas about women’s place in the society still tell on their position in the media houses and journalism filed. Uzochukwu (2008:72) says “Women also have problems of time, given their multiple roles and heavy domestic responsibilities” Traditional cultural attitudes in most societies also discriminate against women having access to education.
This can also discourage them in the practice of journalism as girls are encouraged to get married and become house wives or encouraged to take up any other job which gives them more time and makes them responsible house wives than  their journalism profession.
There is also the issue of gender bias in attitude towards women studying journalism or using information technology as many people hold the views that women cannot think or work scientifically.
It is not a hidden fact that women are under-represented in the filed of journalism. This maybe because of the discrimination or the basic assumption that “a woman’s responsibilities should be her sole priority”, thereby undermining her active participation and performance in the practice of journalism.
The issue of gender bias too, contribute enormously to the low participation of women in journalism. Another assumption militating against female participation according to Amao (1999), is that “female sex is biologically not designed for energy exerting, hazardous occupation and long hours filed assignment”.
Supporting this, Beverly (1995) notes that the society assumes that “women should be mothers, school teachers, hairdressers, secretaries, maids, and social workers only”. Therefore they do not need education or training in other fields like journalism. 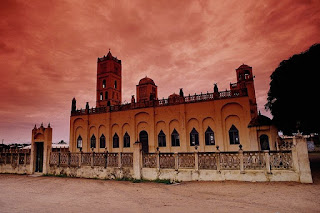