Therefore, through the broadcast media which is the crucial roles are played in educating members of the society and enlightening the people on the need to uphold their culture.
Osun State Broadcasting Corporation (OSBC) is believed to have the capacity that can cut through the barrier of illiteracy and is the overall development of the society. This perspective has been accepted by different authorities in mass communication, from the long standing traditional change, this suggest that OSBC is relevant in power distribution and watching over the extent at which the power is negatively or positively being impacted on the people.
OSBC transmits ideas, information, to the targeted audience, this shows that they are responsible for most adjustments in the behavioural patterns of the people in the society.
As a channel of mass media, OSBC recognizes their obligation to the society especially in the area of culture and promoting same value to the public which Ori Ade Local Government of State of Osun is not left out.
Imperatively research has it that the mode of dressing among the people of Ori Ade coined form Ijesha land is of responsible standard. This is due to the influence of OSBC as an agent of communication and socialization in the community. The women of Ori Ade wear wrapper (Iro in Yoruba) and head gear and also decorate their necks with bids to make a complete Yoruba women’s dress. While the men put on expensive agbada and trouser with gobi cap. The youths also dress in their traditional attire to suit Yoruba culture.
The traditional and local music of the people are also evident to prove Ori Ade community and culture. OSBC does their best in making sure the culture music of the old does not go into extinction.
Radio programmes are aired every now and then to promote language and understanding among the people. Such programmes include, news programmes, current Affairs, public enlightenment, entertainment and a Yoruba programme Ikini l’ede Ijesha (greeting in Ijesha language) that goes with the people of Ori Ade local government.
Despite these, there are still ways that OSBC lacks in propagating culture among the people of Ori Ade, For example: The youths don’t really know their own dialect and is not used to the kind of cloths that is supposed to be worn and also the kind of music played and this has been problem seen with these youths. This culture is built, maintained, uplifted and sustained through communication via the OSBC, because cultural power and promotion reside in communication. It is based on these established facts that the impact of cultural programmes of OSBC on the people of Ori Ade Local Government came up. 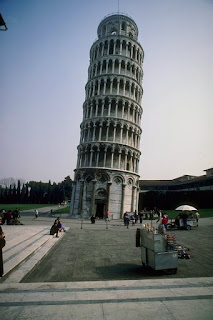