CHAPTER ONE
1.0    INTRODUCTION
1.1    BACKGROUND OF THE STUDY
Nigeria has become a country playing host to the victory of wrong over light, falsehood over the truth and supremacy of personal irresponsibility over fundamental values. It is a country perpetuating a policy that fails to value human life and cherish human beings above material possession, power and pleasures; it is a place where men and women of honour, experience, credibility and self-consciousness have been cut their prime for daring to talk. It is a place where crooks are not protected by the powers that be and where leaders are not determined by the citizens. Votes without doubt, Nigeria is breeding fraud of corruption.


For a Nigerian, it is quite disheartening to note that to a foreigner, the mere mention of Nigeria confuses up the thought of corruption, or is it that corruption remains them of Nigeria. Whichever angle one look at the simple point is that Nigeria has become almost interchangeable with the vicious word “corruption”.
However, as one person noted, nothing is so bad that something good cannot come from it the truth of those words can be seen in the activities of some honest, conscientious and positive goal oriented individuals as well as corporate bodies who are bent on redeeming the tainted image of Nigeria.
The government on its part set up a corruption checking commission to help in pruning down irregularities in government and public offices. And with the aid of the mass media of communication, the proceedings and going on are being carried wide for the participation of the entire citizenry yes, the mass media are brought into focus because of the indispensable part they play or are meant to play. The mass media which include musically the Television, Radio, Newspaper, Magazine and internet are the means through which information are disseminated and communication is done with a wide anonymous heterogeneous and diversified individuals and group simultaneously. Because of this far ability, journalists are expected now and then to use them in promoting national unity and development in economic, social, political and educational; spheres. They have also been found to be very effective in influencing people’s opinions and ideas on government activities. Thus the mass media have been employed in propagating programmes that are geared towards righting the wrong in a given society.
Nevertheless, in a country like ones where the government put so much emphasis in the fight against corruption with nothing to show for it such that the globally respected “transparency International” has consistently rated Nigeria either as the most corrupt country
Contact Us at:
Call or Whatsapp
+2347034746560
E-mail:
Positivelove20@gmail.com
Positivelove20@yahoo.com 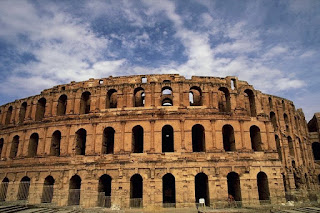