CHAPTER ONE
INTRODUCTION
Communication is an inevitable phenomenon in any community of living things, be they human or not. Dare (1985) attempts a review of a popular saying credited to Aristotle by saying that: Communication is the fundamental social process and man in society is not basically a political animal as Aristotle held, but a communicating animal; for politics, like every other activity in society, is based on communication.


In essence, man, in any society cannot not communicate. Meanwhile, communication in modern societies has gone beyond the interpersonal or a situation where participants in a communication event come together flesh and blood. The vastness and heterogeneity of the modern society has made this impracticable. The invention of printing and the emergence of broadcast technology have made mass communication possible in modern society. And, without any gain saying, the media of mass communication have played tremendous roles in the education, information, entertainment and socialization of man.
Schramn (1964), for instance, notes that since the development of printing, the printed media have become tools of political and social change. Faure (1972) adds: The role, which the mass media play in the transmission of information and culture, is generally beyond question. The credo of the Chicago Tribune talks of the mass media as: An institution developed by modern civilisation to present the news of the day, to foster commerce and industry, to inform and lead public opinion and to furnish that check upon government which no constitution has been able to provide.
Infact, Blackely (1973) sees mass media as the life wire of society, the social neural system on which the new capabilities of science and technology rest. If we agree that mass media are indispensable to our political and social change, we, therefore, need to address our minds to the necessity for the popularization of this change and design of messages that are culturally sensitive, language specific and in tune with the social realities of our people.
Salawu, (2001) contends that the language in which a (development) message would be disseminated is a very important aspect of the message treatment. Nwuneli (1986: 203) posits that the indigenous language of a community is the best suited for the purpose of conveying any message, whatsoever, to the said community.
For any Complete Project Material
Contact Us at:
Call or Whatsapp
+2347034746560
E-mail:
Positivelove20@gmail.com
Positivelove20@yahoo.com 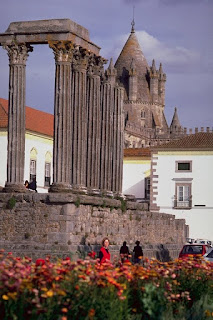