THE ROLES OF COMMUNITY NEWSPAPERS IN POLITICAL MOBILIZATION

CHAPTER ONE
1.0    Introduction
1.1    Background to the Study
The important role media play in fostering an environment of good governance and political awareness needs hardly be emphasized. As the watchdog and interpreter of public issues and events, the media has a special role in every society. In information-based society the media have a disproportionately visible and influential role. International Foundation for Election Systems, (2011).


Democracy cannot exist in the absence of the press. This is because democracy is based on popular will and popular opinion depends on the public’s awareness and knowledge. It is the mass media that brings up, promotes and propagates public awareness.
Fischer, (2002) says the main responsibility of the press is to provide comprehensive, analytical and factual news and opinion to the people on everyday issues and events of popular concern. To fulfill its duty and responsibility, the press must work according to the fundamental principles of professional ethics, as well as norms and values of journalism.
Goodman, (2010) opines that democracy can neither be sustainable nor strong without a free press. On the other hand, press freedom will not be possible without democracy. Therefore, the mass media and journalists must be committed to democracy. For this, the press must be perpetually involved in the establishment and promotion of a democratic culture.
The press must remain ever vigilant to protect and enforce people’s freedom of thought and expression and citizens’ right to all information relating to the various aspects of their life and future.
Held, (2006) also observes the fact that access to information is a citizen’s right and must be taken to heart, and information must be presented in a simple and palatable manner. Right to information is inherent in democratic functioning and a pre-condition for good governance and the realization of all other human rights, including education and health care. The main objectives should be the promotion of transparency and accountability in governance so as to minimize corruption and inefficiency in public office and to ensure the public’s participation in governance and decision making.
Media must be credible and trustworthy. Trust is the most valuable asset for any media. Once lost, it cannot be earned back. It is for this reason that all media must uphold their principles to provide accurate and factual news and other programmes.
Jones, (2001). Press must understand the difference between politics in general and party politics. Media should not be a vehicle, or used as an advocate for any political party or ideology.
Public and political issues should be clearly understood, analyzed and presented in an impartial manner.
During elections/political campaigns, equal time slots or opportunity must be allocated to each of the legitimate political parties and candidates.
In the course of elections, messages that encourage goodwill and harmony among all the ethnic groups, religions, genders, cultures, languages, regions and communities should be broadcast.
Media plays the role of watch-dog in reporting corruption, complacency and negligence. In a changing, competitive landscape, compliance to good governance has never been taken so seriously, as people demand more transparency from both the government and private sectors. Responsible practices from government, universal principles on human rights and the fight against corruption have assumed great importance.
A flourishing media sector enables people to make informed decisions, becoming more effective participants in society’s development.
In a developing country like Nepal, the relatively low level of literacy, the variations in topography and limited access to electricity all make radio the most suitable medium to satisfy the information needs of the masses.
A robust, independent and pluralistic media environment is crucial for good governance and the overall development of the country. Freedom of expression, free flow of information and fair reporting without government and commercial influences are accelerators of development.
For any Complete Project Material 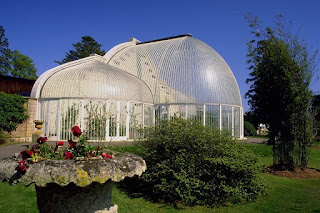