CHAPTER ONE
INTRODUCTION
1.1 Background to the Study
Taxation is one of the oldest and major sources of government revenue. The history of taxation in Nigeria dates back to the pre-colonial era. During this period, there were different systems of taxation existing in the forms of compulsory services, contribution of goods, money, labour and the likes, among the various kingdoms and ethnic groups and tribes controlled by the Obas, Emirs etc., in order to sustain the Monarch and also for community development (ICAN,2010)
Taxation, as we know it today, was first introduced in Nigeria in 1904 by the late Lord Lugard, when community tax became operative in the Northern Nigeria. He later made changes which culminated in the Native Revenue Ordinance of 1917. An amending ordinance that extended the provisions of the 1917 ordinance to Southern Nigeria was passed in 1918. The first ordinance applied to Abeokuta in Western Nigeria and to Benin-city in Mid-Western and in 1928, it was extended to Eastern Nigeria.
Taxation in Nigeria, in a modern sense, however, only began in 1940. A more progressive income tax Ordinance No.29 of 1943 Cap92, under which Europeans all over the country and Africans resident in Lagos were assessed, came into operation on the 1st of April, 1943.
The Commissioner, appointed by the Governor-General by notice in the Gazette (now referred to as the Federal Republic of Nigeria Gazette), was responsible for the administration of the ordinance. By the 1st Schedule, Ordinance 39/58, it was the Federal Board of Inland Revenue that took the place of the Commissioner (Ola, 1974).
For Complete Material
Contact Us at:
Call or Whatsapp
+2347034746560
E-mail:
Positivelove20@gmail.com
Positivelove20@yahoo.com
Visit our Official Websites and Blogs for more services:
http://adepositive.com
http://hipositive.blogspot.com
http://ypositive.wordpress.com
http://hipositive.wordpress.com
http://adepositive.wordpress.com
http://positiveeworld.blogspot.com
http://positiveprojectsworld.blogspot.com
http://positiveprojectsworld.wordpress.com
https://hipositive.files.wordpress.com/2016/06/payment-method.docx
Click on the Image to Download Complete Project 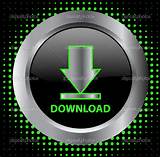