CHAPTER ONE
INTRODUCTION
1.1              BACKGROUND OF THE STUDY
The Nigerian Railway Corporation (NRC) has been in existence for years. It is regarded the largest transport corporation in Nigeria and has a high network operations. The Nigerian railway corporation is One Hundred and Fourteen years (114) old and it runs a unilaterally designed track system of 1067mm charge gauge. Only 30km of its track distribution is in double track and that is within Lagos area. Nigerian Railway Corporation actually commenced rail business activities with the construction of the first rail line from Lagos to Ibadan 193m between 1998 and 1901. By 1964 when the construction of 640km Kano-Maiduguri rail line, then known as Bornu extension, was completed, the present core of the railway network hard been put in place.
Presently, the railway system is made up of 3’505 route kilometers and 4332 track kilometers. In addition to this is the 19km 1067mm gauge extension from Port-Harcourt to one deep sea port and the 277km standard gauge rail construction of 1435mm from Ajaokuta to Warri. Nigerian railway was transformed from its first and initial name. “Government Department of Railway” to Nigerian Railway Corporation in 1955 through the instrumentality of the statutory act of parliament which, apart from changing the name of the railway industry in Nigeria, equally conferred on it absolute monopoly as the institution recognized by law to carry out railway services.
The general aim and object of the statutory act of parliament of 1955 for Nigerian railway is to recognize same as carrying out its function of effecting “carriage of passenger and goods in a manner that will offer full value for money, meet cost of operation, improve market share and quality of services, ensure safety of operation and maximum efficiency, meet social responsibility in a manner that will meet the requirements of rail after, trade, commerce, industry and general public”. The headquarters of the corporation is located at Ebute-metta in Lagos state while the entire network is for administrative convenience, divided into seven autonomy districts viz.Lagos (Ebute-Metta junction), west (Ibadan), north (Zaria), east Enugu), North-west (Minna), north- central (Kanfanchem) and North-east (bauchi).
The railway system has been undergoing same rehabilitation and modernization with the full political and financial support of the federal government through the federal ministry of transport. The rehabilitation of the railway system includes track spot removal of Lagos to Kano and Maiduguri to port-Harcourt, supply of 25 new locomotive engines from brazil south America to boost the registry motive power base of the corporation, up grading of the signaling and telecommunication system from manual to semi automatic, as well as rehabilitation of carriage and wagon workshops, re-equipping the workshops, supply of service support (spare part consumables), strategic rebranding of the corporation, rehabilitation of stations and marshalling yards inter alia. Equally, new railway lines are being constructed in standard gauge (1435mm). These include: Ajaokuta-Warri of 277km, Kaduna-Abuja (Idu) line of 186km while the scope of work for Lagos-Ibadan segment is under review together with its cost implications.
The Nigerian Railway Corporation has contributed amenably towards the improvement of social life and the development of the national economy. This is through to be extended to every part of the country that is the haven stages which will lead to permanent prosperity confident was such an ultimate triumph of the railways. However, regardless of the huge success made by the corporation, it is facing a hard time.
For Complete Material
Contact Us at:
Call or Whatsapp
+2347034746560
E-mail:
Positivelove20@gmail.com
Positivelove20@yahoo.com
Visit our Official Websites and Blogs for more services:
http://adepositive.com
http://hipositive.blogspot.com
http://ypositive.wordpress.com
http://hipositive.wordpress.com
http://adepositive.wordpress.com
http://positiveeworld.blogspot.com
http://positiveprojectsworld.blogspot.com
http://positiveprojectsworld.wordpress.com
https://hipositive.files.wordpress.com/2016/06/payment-method.docx 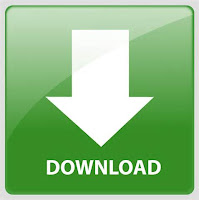