The Place of Graphical Cartoons in Newspaper Publication


CHAPTER ONE
1.0    Introduction
1.1    Background to the Study
Newspapers provide up-to-date information on local, state/provincial, national, and world issues. They are among the most widely-read periodicals that are available and accessible to the vast majority of people of all ages and walks of life in any community. Every category of reader can find some important, current, and interesting information in newspapers.
Today's newspapers use design elements that make information easily accessible to the reader. For example, important stories have large bold headlines, while graphics appear next to related stories while and cartoons are placed in a strategic part of the newspaper such strategic place include editorial page.

The history of the Nigerian press dates back to 1859, when Rev. Henry Townsend released Iwe Iroyin fun Awon Ara Egba ati Yoruba (The Newspaper for the Egbas and Yorubas) in Abeokuta. It was bilingual (published in both English and Yoruba). This was followed in 1863 by The Anglo African, edited by Robert Campbell. It carried both local and international news. With the increase in political and social activities in Nigeria, came a bimonthly newspaper used to aggregate public opinion on topical issues, the Lagos Times, which emerged on November 10, 1880. The Lagos Observer hit the newsstands fifteen months later, followed by The Eagle on March 31, 1887. Adolphus March started The Mirror at this time. Other newspapers began to emerge afterwards: The Nigerian Chronicle in 1908, and The Nigerian Pioneer, founded by Kukoyi Ajasa.
In 1926, the Nigerian Printing and Publishing Company started the Nigerian Daily Times. The West African Pilot of Dr. Nnamdi Azikwe was established in 1936. This brought an increase in national consciousness. Chief Obafemi Awolowo started the Nigerian Tribune in 1946.Most recently, the newspapers in circulation include: The Vanguard Newspaper, The National Concord, The Punch, The Guardian, This Day, Comet Newspaper, Daily Sketch, The Monitor, Alaroye, The Post Express, The Nigerian Herald, The National Compass, etc.
However, cartoons are commonly used in the newspapers of this era which has now formed part and parcel of newspapers contents.
Cartoon has no specific definition over the time, modern usage refers to a typically non-realistic or semi-realistic drawing or painting intended for satire, caricature, or humor of any important issue. An artist who creates cartoons is called a cartoonist. The term originated in the Middle Ages and first described as a preparatory drawing for a piece of art, such as a painting, fresco, tapestry, or stained glass window. In the 19th century, it came to refer to humorous illustrations in magazines and newspapers, and in the early 20th century and onward, it referred to comic strips and animated films.
A cartoon (from the Italian "cartone" and Dutch word "karton", meaning strong, heavy paper or pasteboard) is a full-size drawing made on sturdy paper as a study or modello for a painting, stained glass or tapestry. Cartoons were typically used in the production of frescoes, to accurately link the component parts of the composition when painted on damp plaster over a series of days (giornate). Such cartoons often have pinpricks along the outlines of the design; a bag of soot was then patted or "pounced" over the cartoon, held against the wall to leave black dots on the plaster ("pouncing"). Cartoons by painters, such as the Raphael Cartoons in London and examples by Leonardo da Vinci, are highly prized in their own right. Tapestry cartoons, usually coloured, were followed by eye by the weavers on the loom.
In modern print media, a cartoon is a piece of art, usually humorous in intent. This usage dates from 1843 when Punch magazine applied the term to satirical drawings in its pages, [3] particularly sketches by John Leech. The first of these parodied the preparatory cartoons for grand historical frescoes in the then-new Palace of Westminster.
For the purpose of this study, effort shall be made on the Role of Graphical Cartoons in Newspaper Publication with a reference to the Punch Newspaper, Lagos. How does the Punch newspaper creatively use cartoons in their publication?

For any Complete Project Material

Visit our Official Websites and Blogs for more services: 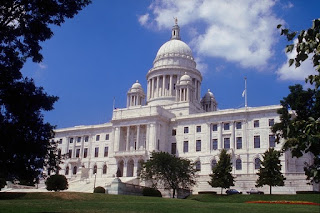