EFFECTIVENESS OF RADIO IN THE MOBILIZATION OF PEOPLE FOR FAMILY PLANNING

CHAPTER ONE
1.0    Introduction
1.1       Background of the Study
Giving birth is something in which mankind and animals are equal….But rearing the young, and especially educating them for many years is something which is a unique gift and responsibility of a man. It is for this reason that it is important for human beings to put emphasis on caring for children and the ability to look after them properly, rather than thinking only about the number of children and the ability to give birth. For it often happens that man’s ability to give birth is greater than their ability to bring up the children (Julius Neyerere cited in Centre for Disease Control 1983).


The above dictum could not have been more germane than in a 21st century Africa where many families grapple with the challenges of malnutrition, infant mortality, road accidents, armed robbery, sexually transmitted diseases, maternal mortality, kidnapping, unemployment, hunger, civil strife, among others. One of the subtle but most frightening of all is the issue of maternal mortality which incidentally is one of the biggest problems facing the developing areas of the continent, including Nigeria. In fact, Lindroos and Luukkainen (2004), in the Antenatal Care and Maternal Mortality in Nigeria, were moved to ask a rhetorical question that if maternal mortality is about 800 -1100/100,000 like it is in Nigeria, in a country where the population is over 120 million it means about 54 000 deaths every year. That is only a bit under 10% of all maternal mortality cases in the world per year.
Raphael (2008) corroborates the foregoing statistics as he asserts that Nigeria’s maternal mortality rate is the second highest in the world, after India -1,100 maternal deaths per 100,000 live births. The country is home to 2 percent of the global population, but 10 percent of all maternal deaths take place there. Only about 60% of pregnant women have access to prenatal care in Nigeria and even fewer have access to family planning. These sad and scary statistics have been blamed squarely on the Nigerian government’s inability to provide access to information on family planning and contraception, two issues very closely related to maternal death (Centre for Reproductive Rights, CRR, and the Women Advocates Research and Documentation Centre, WARDC 2008).
Clearly, the health benefits of family planning associated with child spacing and the use of specific methods can play a major role in protecting the lives of infants, children, women and the family as a whole on the continent of
Africa.
However, Nigeria is the most populous country on the continent and among the ten most populated nations of the world. Its national population is about 140 million and has been projected to reach 250 million by the year 2015 (Population Reference Bureau, PRB 2004; National Population Commission 2006). The large increase in size of the population is mostly a function of past and present levels of fertility and mortality in the country. In Nigeria, child spacing or the timing of every birth, including the first and last, can improve the likelihood of survival and of good physical and emotional health for the entire family at all stages of life.
For any Complete Project Material
Contact Us at:
Call or Whatsapp
+2347034746560
E-mail:
Positivelove20@gmail.com
Positivelove20@yahoo.com 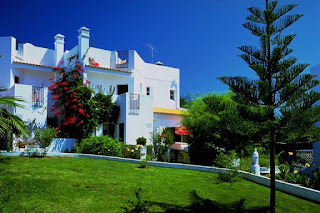